skip to main | skip to sidebar

Started a new blog today....beltway whining. I thought about putting it here, but it doesn't quite seem like the right place to rant. Anyhow....give it a look: http://beltwaybitch.blogspot.com/
Posted by Lo at 7:35 PM No comments:

Finally got a new computer with a current enough browser to let me post again. What a shame I've got nothing to say.
Posted by Lo at 9:04 PM No comments:

Although I have finally convinced myself that I am financially secure enough to buy and drink Earl Gray tea on a daily basis instead of reserving it for special occasions I have not yet permitted myself to even imagine using a new tea bag for each cup. Do you think Ann Romney understands my angst?
Posted by Lo at 8:42 AM No comments:

Please hit the above link and donate!!

Dominic H. is my 7 year old grandson who is shaving his beautiful curly red locks to raise money for kids with cancer.

I am awed at his generousity and his willingness to help others. Please show him that adults, too, are equally generous and willing. 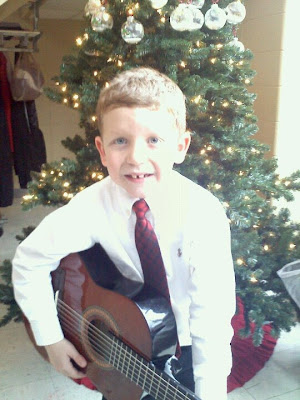 How Can Ron Paul Justify

his old newsletters, written in his name and published in a newsletter named after him as something "he didn't write and didn't read?"

I spend time researching before I submit a poem or an article. I've been known to pull poems right before publication and to have poetry already published on Internet Sites removed if and when I suddenly find out that the media outlet in question has a reputation for also publishing racist, sexist or religiously bigoted poems or who has a habit of publishing work of artists who are racist, sexist or religiously bigoted people.

It's my name, yanno? It's what I have. It's who I am. Where I publish defines me almost as much as what I publish.

In the same vein, what an editor or a newsletter owner publishes also defines them.

Face it, Howard Hefner is not a chaste individual. Nor does anyone who's ever read Playboy expect him to be. "The Catholic Digest" is not going to publish articles promoting Judaism. The "Jewish Poetry Monthly" is not going to print a lot of poems praising Jesus.

If you read my blog you expect to read about me. Or about things I believe in. If my name is on an article posted here or elsewhere, you are going to expect that I've written it myself - or, at the very least, have taken the time to read and approve the content thoroughly enough that I fully support every idea that it contains.

Thus it is with a newsletter called, "The Ron Paul Newsletter."

I don't know what's worse - to think that he was aware of everything his newsletters contained or that he wasn't.
Posted by Lo at 10:49 AM No comments:

Wow!! I just noticed that this blog is 6 years old today.

I wish I had something profound to say.

There have been some major changes in my life. My aunt died, my mother became unable to care for herself and had to be moved to a nursing home. I sold her house and became her Power of Attorney and guardian. My mother-in-law suffered a catastrophic stroke in July, 2010 and Dan and I moved her from her home in New Jersey to a near-by nursing home here in Virginia in March of 2011 when it became clear she was not going to have a good recovery.

I have learned many of the ways I do not want to get old.

I have learned that Medicare pays for almost nothing when it comes to nursing homes and that a "life savings" can and will disappear in less than 18 months.

I have learned about feeding tubes and obsessive/compulsive behaviours in dementia patients. I have also learned that "dementia" covers an extremely wide range of things and is used much too loosely in many instances.

I have learned that nursing homes are not well staffed and that the staff they do have is overworked and underpaid and that most of them work very hard and are extremely dedicated in spite of it. I have also learned that a few bad apples really DO spoil the whole bunch.

I have surmised, although I have no proof, that the new Medicare/Medicaid rules which state that they will no longer pay for nosocomial infections (infections acquired while a patient in a facility) such as Urinary Tract Infections or MRSA simply means that the nursing homes and hospitals will do their best to avoid testing for such infections in order to bypass the possibility of not being reimbursed for the treatment. Therefore, if you want your loved one treated for such infections you must take it upon yourself to watch them very carefully for signs and/symptoms of such infections and insist upon testing if and when you think it's a possibility.

I have learned that it's always a possibility that they've got either a UTI or MRSA or both and that, in the elderly, often the only sign of a UTI is confusion, increased confusion, combative behaviour, increased lethergy or a sudden mood change.

The rest of the family is well. All children and grandchildren are wonderful. Spouse is fantastic.

Gaining weight is hard for some people and the struggle is often dissed badly by people who do not have a problem gaining weight.

I no longer recognize even one name of anyone nominated for a music award.

Cockatiels live forever. They only get louder and more demanding as time passes.

Someday I will touch a dolphin.
Posted by Lo at 8:58 AM 6 comments:

You gotta wonder --- how does this:

Herman Cain recently criticized the Occupy Wall Street protesters, saying, "Don't blame Wall Street. Don't blame the big banks. If you don't have a job and you're not rich, blame yourself."At Tuesday night's CNN debate, Cain stood by his comments -- to loud cheers from the audience. "I still stand by my statement," he said.

Square with his suddenly big-hearted sympathy and understanding for Ginger White's unemployment situation?"

Sean, unfortunately, I'm a softy, and I feel sorry for people when they get in deep financial trouble, especially given this economy and people being out of work. This isn't the only person I have helped. There are members of my church, members of my family, you know other friends that I have helped all the time in terms of trying to help them during these tough economic times."

Herman Cain 'Hannity' Interview: GOP Presidential Candidate Says 'I Am Going To Reestablish My Character' (VIDEO)
Posted by Lo at 10:46 AM 1 comment:

Lo's Poetry On The Net